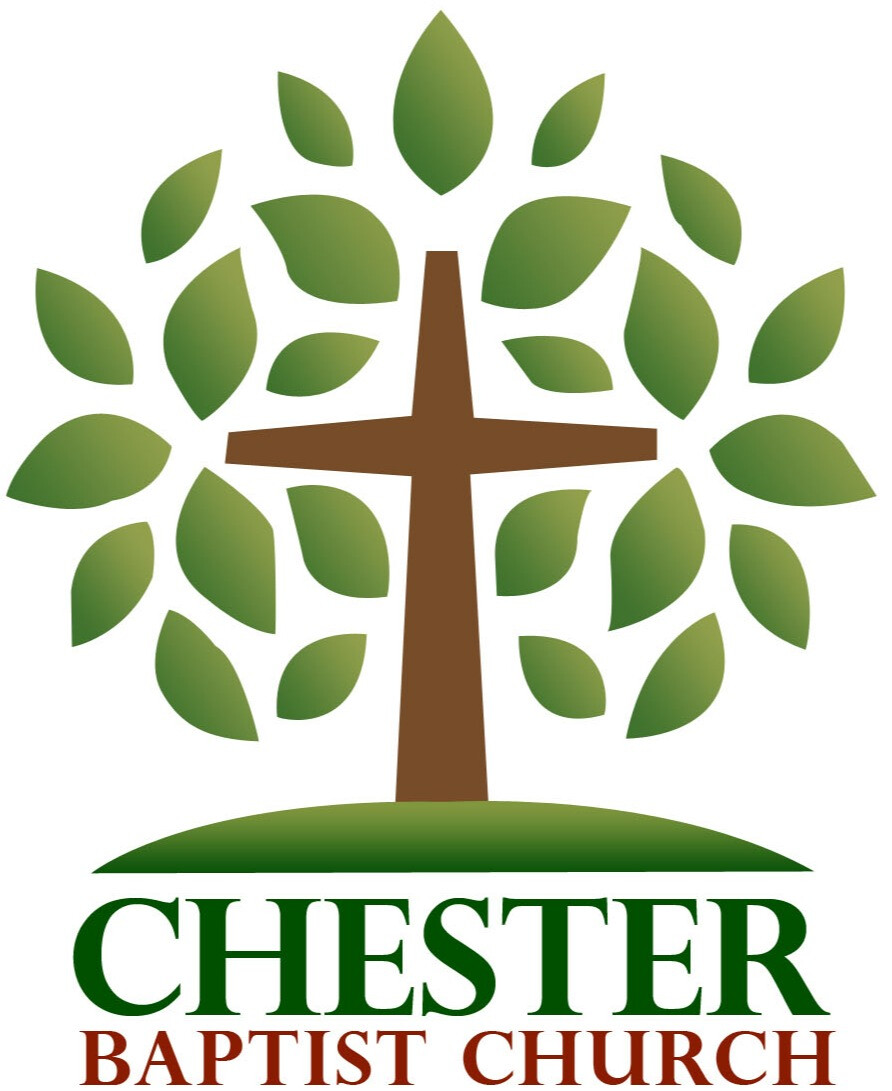 Reference: The dates from 1905 to 1955 are according to a copy of history first done by Maud Hurt and continued by Mrs. Evelyn G. Murphey, Church Historian.  Copies were given to church attendees for the 50th anniversary celebration in 1955.  Since that was written closer to the time of these events, we hope they are nearest to correct.  Mrs. Hurt was living at this time, and we believe that she consulted with Mr. Murphy about the text.  (Arline McGuire)

Pictures of some of the former pastors can be found in previous pictorial directories.

Rev. T. C. Whitehearst called as pastor, and he served until October 1908.

Rev. John M. Pilcher was called as pastor starting in December and served until November 1915.  First Revival was held that year.

October - The Rev. Ryland T. Dodge called as pastor - served until 1922 when he was called to Norfolk in November.

Indebtedness on parsonage paid off and construction of the Sunday School Building began.

According to Judy Sloan Harvey, her parents built the house on the corner of Percival Street and Old One Hundred Road in the 1930’s, 4227 Old Hundred Road.  Judy is the adopted daughter of the Sloan’s.  Laura Sloan was the daughter of Dr. A. J. and Maude Hurt.

During the Great Depression, the pastor not paid for three or more months.

Carlton Critcher and Charles Graves, two young men who had been active members, gave their lives in World War II.

The Rev. Fredrick A. Scott, grandson of CBC charter members, came as pastor.  A CBC baseball team brought in a number of young men at that time.

Celebrated CBC’s 50th anniversary with many former pastors in attendance.  The Chester community was growing, and new families were welcomed into the church.  The blending of the old and new members strengthened the church body.  The Men’s Brotherhood grew to be a vital part of the church program.

Mrs. Maud Hurt, known as “Mother of the Church,” died.  Her husband, Dr. A. J. Hurt, was a medical doctor and they were initiators of the founding of the church.  The church burned the note for indebtedness in construction of Sunday School rooms under the Shawen Chapel old sanctuary.  Their daughter, Laura Sloan, became very active in mission, made mission trips overseas and became known as the church’s “missionary.”

Milestone year with emphasis on total stewardship, not stewardship of money alone.  However, dollar pledges increased 29%.  Every phase of work moved forward.  Large numbers of youth were involved in Sunday School, worship, and Training Union.  Purchased Fore property adjacent to church property and had dwelling torn down.  Hired an architect to draw up plans for a new building.

First worship service filled the new sanctuary, including the balcony on June 4.  The entire congregation was able to be present at one time.

Reception for Pastor Emeritus Shawen’s 85th birthday.  Mr. Shawen had married over 200 couples during the time he was pastor, and 50 of those couples attended the celebration.

After serving for 12 years, Rev. Herman Inge resigned as pastor and accepted a call to another church.  Under his leadership, the church adopted a definite program of Christian stewardship.  Under the direction of Mrs. Inge, a graded music program was established, providing all ages opportunities for enrichment and appreciation for Christian music.  That year, Sara Jane Burgess, daughter of Mr. and Mrs. Jack Burgess, was crowned as our first queen with scepter.

September - The Rev. William C. Russ called as pastor - served until 1976.  Prior to coming to CBC, he was a Baptist State Sunday School Director, and CBC Sunday School enrollment increased by 33% under his leadership.  Church membership also greatly increased.  Parsonage used for Sunday School space.  The Media Library was established under the leadership of Nancy Edwards.

December - Purchased the Helen and Percy Curtis’ house and property across the street from the church for a youth building.  It was known as the “Green” House.  VIPCare (Virginia Institute of Pastoral Care) began a counseling ministry in the Hopkins house with Dr. Ned Stewart as the first counselor.

The Rev. Stacy W. Davis was called as Associate Pastor in charge of music and youth.  His wife’s name was Ethel.

October - Church membership was 827, Sunday School enrollment 953. The parking lot was paved.  Under the direction of Rev. Davis and his wife, who was the church organist, many CBC young people (the Ambassadors) traveled to many cities and other communities where they made a tremendous impact through their music and personal witnessing.  A CBC community bus ministry for Sunday services was started.

Began construction of the education building on the site of the old parsonage.

May - Issued $450,000 in revenue bonds bearing 7% per annum for construction of an education building west of the old sanctuary.  Paid off debt on sanctuary.

Church organ purchased in June.  Ann Totty was hired as church organist.  She served for 20 years until 1998.

Shawen Chapel, the original church sanctuary, closed due to its deteriorating condition, and the church voted to replace it with a new building.  Retired debt on Hopkins property.  Rob Pittman was called as minister of music and youth in April.

Dr. Calvin Rains, who had been pastor since 1977, resigned.  Church bus purchased.  Dr. Thomas Hill of the Foreign Mission Board was called as interim pastor.

Rev. Gary B. Thompson came as pastor - served until 1985.  Church contracted with M. and M. Wrecking Co. To demolish the Shawen Chapel.  Some stained glass was saved and used.

CBC was recognized as being 100th out of 1,500 churches in Virginia in total gifts to the Cooperative Program.  Church purchased the Green House, original home of Gregory Bass, charter member.  The Singles Ministry began.

January - Dr. Robert Compton came as interim pastor and served until 1992.  Mrs. Craig (Mari) Ellis took over as head of the Media Library.

Debbie Harris was employed as Finance Administrator and served until 2012.

February - Dr. Ed Stansfield came as pastor - served until 2007.  A new program called Parents' Morning Out was started in 1991 and that led to the start of a Preschool in 1992.  Christy McMillin-Goodwin began as our part-time youth minister and served until 1995.

Dr. Stansfield started new programs, such as TV ads, two morning worship services, and Tables of Eight, to encourage church growth.  (Church participants were divided up into groups of eight, and they met once each month for four months for a meal at one of the group’s homes.) The School Street parking lot was enlarged, and a church van was purchased.

October - the church celebrated its 90th anniversary with a month-long series of events culminating in a WMU service in the chapel of the Chester Presbyterian Church (original building) where our church was birthed.

Groundbreaking for the building to replace the original sanctuary and connect all buildings across the front in September.  Jeff Hill employed as Youth Minister April 1st and over 200 teenagers for the 1970's return for reunion.

Completion of construction and dedication of new facilities.   3-year Stewardship Building Fund exceeds goal as it ends midyear.  Betty Lou Johnsen started Companion Suppers each Thursday evening for the Chester community at no charge, but donations were accepted.

September 1 - Randy McConnell began employment as Children’s Music Director and in 2007 he became the church’s Minister of Music on.  Jeff Hill resigned as of December 24th.

Thursday night Companion Suppers became an immediate success.  Russ Johnson was called to be the Youth Director beginning on March 18 as Interim and on June 24 as Youth Director.  July 15 - Bill Damon began part-time employment as Associate Pastor with responsibilities that included Leadership Development.  The church had its first email established using Earthlink with dial-up connection.  Later, a new contract was signed with Verizon that set up DSL as the internet connection at an even lower cost to the monthly phone bill.  Bill also set up the church’s first web site and started subscription to the church’s database (ACS Technologies) online “OnDemand” feature that allowed access from any computer.  Prior to 2001, ACS was individually on each computer and updates had to be manually done on each computer.

WMU celebrated its 100th anniversary. Around this time, the Hopkins Green House was demolished and the VIPCare office was moved to the educational building.

Church celebrated the dedication of three new churches in the Democratic Republic of Congo, Pakistan, and Cambodia, built by funds given by CBC.  Nancy Jean Roberts, Music Coordinator, and Russell Johnson, Youth Director, resigned.  Lonnie Brawley called to be Minister to Youth in September.

Dr. Stansfield retired.  The total building fund debt of the church was reduced to under $500,000.00.  Dr. Gwynn Davis called as Intentional Interim, and he began in mid-September.  Dr. Davis served for two years and led the church through a thorough process of self-examination.

Lonnie Brawley resigned as Minister to Youth in November.

Tommy Harris was called to be the Minister to Youth.  He served until the end of July 2012.

Contemporary Services began in the Great Hall as the result of a survey and thorough study.  Kevin Hood was called as the first Contemporary Worship Leader and began on March 6.  He resigned in 2013.  At the same time, the 8:30 a.m. service was discontinued.  Both the traditional service and the contemporary service were held at the same time - 11:00 a.m.

April - Beth Lyerly retired and Edye Parrish began employment as church secretary on April 29.  Joel Ingram began employment as Contemporary Worship Leader on May 6.  In July 2014, his duties were increased to include missions and a ministry to young adults.  That year the church switched fuel sources from oil to natural gas.  A new organ was purchased and installed, made possible by special donations.  In September, the playground was completely rebuilt.

Krista Manuel was hired as Children’s Minister in December.  She resigned December 2015.

Church voted to start collecting donations for a Memorial & Prayer Garden to be constructed on church property.

Joel Ingram resigned as Contemporary Worship Leader on April 16, 2017.  April 3 the church received significant damage from a hailstorm.  The roof and several air conditioners were replaced along with cracked windows and other minor repairs.

In February work began on the Memorial & Prayer Garden. Alice Cates Clarke resigned as Minister to Youth on April 30.  In June, the Contemporary Service was changed from 11:00 a.m. to 9:45 a.m. The Contemporary Worship Service moved to have their worship services in the Sanctuary.  At the same time, an 8:30 a.m. Early Bird Bible Fellowship class was started and two classes, Berea, and Youth, started meeting at 11:00 a.m.  On August 14, the church paid off its debt on the building.

Lloyd Braswell resigned as our Senior Pastor on February 2.    In-person worship services were cancelled due to the COVID-19 pandemic.  All Bible Fellowship classes, groups, and outside organizations were cancelled during the pandemic.  We began live streaming our worship services on Facebook, YouTube and our ChesterBaptist.com website on March 29.  In May, new cameras were purchased and installed in the sanctuary for live streaming. A Bible Fellowship class was also posted on the same social media outlets.  We returned to in-person worship services following the Governor’s mandates on June 21.  We also continue to have our worship services live streamed. Dr. F. Scott Spencer was hired as our Interim Pastor on April 5. Bryce Williams was hired as our Associate Pastor to Youth and Young Adults on May 11. Dr. Spencer’s last day as Interim Pastor was December 31.

Nate Travis began as Senior Pastor on January 1. In April we started offering two worship services again, one at 9:00 a.m. and one at 10:30 a.m.  Both services are live streamed. Part of the knee wall in the choir loft (in the sanctuary) was removed and put in storage when the two services began.

At Chester Baptist Church you will discover a warm group of real people dedicated to following our Lord and Savior, Jesus Christ.